Final Breaths and Other Small Things 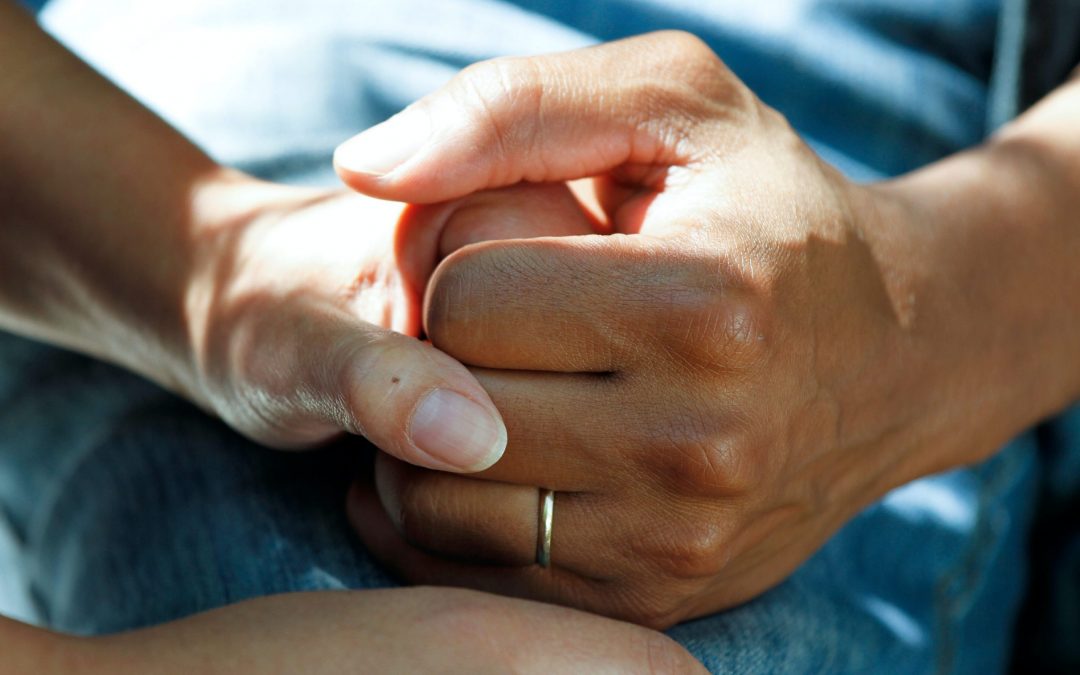 His breaths had slowed to such an interval that by the time they stopped, I stood there for several minutes with my hand on his chest to be sure that it was no longer rising and falling.

I wasn’t entirely sure he really was gone until the nurse came in with her stethoscope and confirmed it. And even then, as I stood by his bedside a few minutes later and watched him, I kept thinking I could still see his chest rise ever so slightly.

Though I had previously sat with both family members and patients close to death, and had even had the strangely beautiful honor of bathing and caring for tiny babies who had died in utero when I worked in Labor and Delivery, this was the first time I had actually seen a person take his final breath, watched him cross over from life to death.

Being the one who stood by his bed in the moment he passed was a blessing and an honor to me.

His death was expected. He was on hospice and had been making the slow decline for months already.

I had only been caring for him for six weeks, laughing as he turned his nose at the pureed meals we tried to feed him and demanding instead a steak, a cheeseburger, a coke.

I couldn’t blame him. Those scoops of pureed food plopped on the plate were anything but appetizing. It seemed a cruel reality that in his final days he couldn’t enjoy his favorite foods, but he had no teeth and couldn’t chew or swallow well. He would aspirate if we tried to give him the foods he so desired.

Thankfully we were able to get him some soda. He would close his eyes and a smile would spread over his face as he sucked up a sip of ice-cold coke through the plastic straw we held in his mouth for him. I wondered what memories the spicy bubbly drink brought back for him.

Sometimes he would share bits and pieces of his life, and I could see glimpses of the man he once was, but it was like trying to imagine technicolor on a black and white drawing, or putting dialogue into a silent movie.

Laying there in that hospice-provided bed in his room in the long-term behavioral care facility I had been working in, I knew he was just a shell of the person he once was.

He could be taciturn and cranky these last few months as he declined. But I loved him anyway.

Even though he rarely wore more than a hospital gown anymore, he often asked me to check his armoire and count his clothes. I guess he wanted to make sure they were all still there. He wanted to wear his glasses and his watch, even though there was nothing much to see and he had nowhere to be.

Sometimes he called me Mama, and other times he told me I was a pretty girl and asked if I was married, praising me for my gentle care. Still other days he angrily swatted at me as I tried to change him or clean him up. He said he wanted to go home and demanded I call his parents. (I didn’t know his exact age, but I was fairly certain his parents were no longer alive.)

In the last few days leading up to his death, he was no longer drinking his Coke or Ensure. We would only moisten his mouth with those little pink swabs dipped in water. The nurses had alerted the hospice that he was in the active phase of dying. It would be a matter of days at most.

When I came in early that morning and checked in on him, I could hear the crackle in his breath, like there was liquid in his lungs – “the death rattle,” the nurse confirmed. He was close.

I asked her if he had any family who would come today. In the days of Coronavirus, imminent death is the only time patients can have visitors, even when they weren’t dying of Covid-19. But no one would come for him, she said.

“I guess we are his family then,” I said, my voice breaking just a little and tears forming in my eyes.

At that moment I decided it was my job to make sure he didn’t feel alone or afraid. And so, throughout the day, I peeked in on him frequently even though he was not one of my assigned patients.

I sang to him as I helped the other CNAs give him a final bed bath and change his linens and gown late in the morning. He was still breathing peacefully when they asked me to do a double shift, and I was happy to stay and be there with him, even though it would mean a 16-hour day and missing out on Friday night family time.

A few minutes into the afternoon shift, the nurse told me it would be anytime now, maybe only minutes, so I paused my rounds to stand by his bed and sing some more.

Aside from the hum of his roommate’s oxygen machine, his TV news reporting the latest Covid-19 stats and campaign briefings, and his light snoring on the other side of the curtain that separated their beds, along with various voices and noises from the hall as life went on out there, it was quiet and peaceful in that room. It was hard to even pinpoint the moment when he crossed over from life to death.

I saw him take a slow breath, then many moments passed before he took another. He was staring blankly toward the window, no longer squeezing my hand in recognition when I held it. He was slipping away. I said a quiet, neutral prayer and sang a few more songs.

There was no dramatic final breath. I just watched and waited for another rise and fall of his chest that never came.

After his death was confirmed, the nurse made the necessary calls and arrangements and we gently closed his eyelids and wedged towels under his chin to keep his mouth from gaping open. A few staff members came by to pay their respects.

I had other work to do, but I stopped into his room frequently over the next few hours until a van from the mortuary came to pick up his body. I was the one to answer the call from the front desk that someone was there to pick him up, then run over to the other side of the building where he had pulled up and direct him to the circular drive outside our unit instead.

Such simple, small tasks, but they seemed so important to me.

And then he was gone and his bed was empty. And I went about my day, taking care of all the other residents.

Serving then cleaning up dinner. Finishing the puzzle we had started in the day room earlier that week. Cleaning up messes. Diffusing anxious behaviors. Helping everyone to bed. Charting. Sitting for just a few minutes to visit with a resident and at the same time rest my tired feet. The hours passed quickly.

The next day after sleeping in following my double shift and emotionally draining experience the day before, I attended a virtual memorial service for a woman from my church who had also just passed away. She had been a missionary in Africa for many years – teaching a course called Mending the Soul to people who had endured trauma and abuse, before getting sick with metastatic breast cancer last year. I had only met her a handful of times, but had found her life and work so inspiring.

I had the privilege of visiting her at home a few weeks earlier as she battled her illness. I prepared a few simple meals for her while she rested in bed before my evening shift at the nursing home. I’m so glad I followed my instincts and said yes to the request to serve her, even though I was busy. I wanted to visit with her more that day, share our stories with one another, but she was very tired and I wanted to spend some time with my family before work, so we said we would do it another day. I was sad to hear that she died before I got the chance to visit again.

The memorial was a beautiful celebration of her life of service and love. And as I listened and watched from my comfy couch at home, contemplating her life, my patient’s life and my own life, I thought about how I’d like to be remembered when my time comes.

As I think is common in times like this, I felt both inspired and chagrined by the impact she had made on the people she touched. I felt like I’d only barely begun to make a dent on the great things I’d like to accomplish with my own life, and I wasn’t sure if I had made much of a difference so far.

But toward the end of the service, the speaker shared an African proverb which eased my anxious and constant pursuit to do big things and reminded me that what I was already doing every day was meaningful and important.

“Many small people, who in many small places, do many small things can alter the face of the world.”

I think this is a great reminder to us all to just be present where we are right now.

To do what we can even if it feels small.

To feel all the emotions and not try to numb them.

To love even the unlovable and to do the hard things.

To find and create acceptance, joy, delight and peace in the little things.

To take a breath when we are tired or overwhelmed.

To notice the beauty around us and then take another breath.

It was a reminder that the smallest things are sometimes the greatest things.