I’m Both a Jew and a Christian, and Holy Week is Hard…Especially Right Now 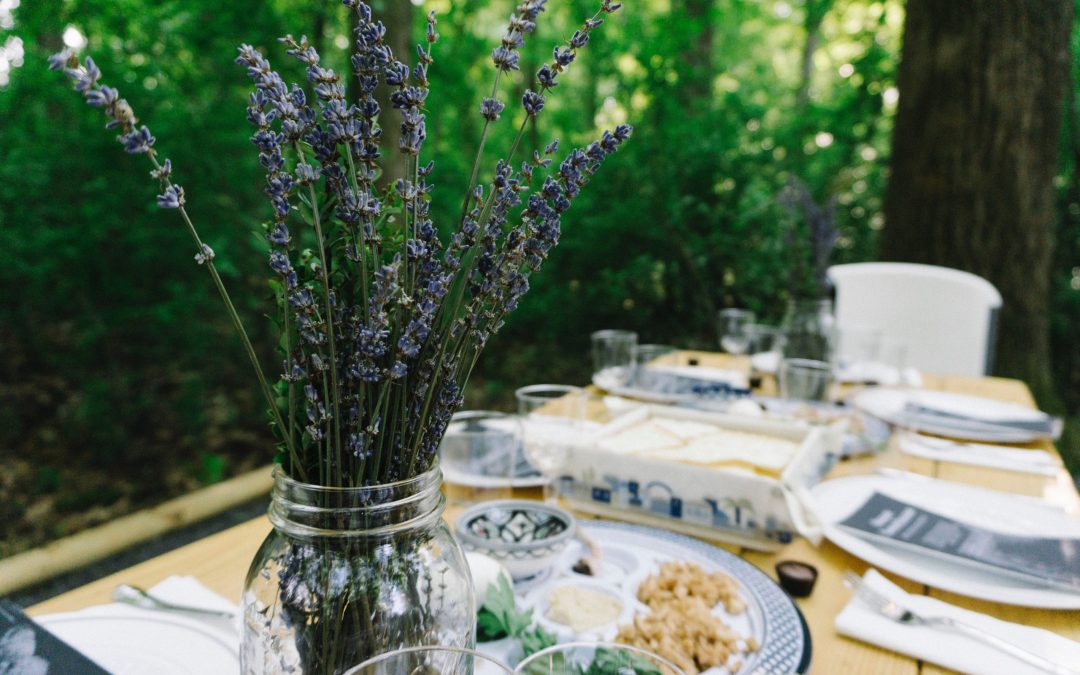 I awake in the middle of the night with a tightness in my belly, a heaviness in my chest. I have been working on identifying negative emotions and sitting with them for a while, rather than simply trying to stuff them or numb them. I ask my body what’s wrong, why do I feel this way? I take some deep, cleansing breaths.

This week has been tough. Emotionally draining. I’ve just spent two days straight - two emotionally wrought 12-hour shifts - in just one room of one hospital, caring for a dying patient in the middle of a pandemic. Though his illness had nothing to do with Covid-19, it was juxtaposed against its backdrop, which has become all-encompassing to us all, especially at the hospital.

But as I sit with my emotion and feel my heartache in the wee hours of the morning, I realize that my insomnia and stress have more to do with a different juxtaposition, one which is always poignant to me personally but feels even more so this year with social distancing and virtual services making it easier for the two sides of my faith to collide in a way that isn’t nearly as harmonious as I wish it were.
As most of the world knows, this is Holy Week, the week leading up to Easter. Yesterday was Good Friday.

But it’s also Passover, the Jewish holiday which commemorates the liberation of the Israelites from Egyptian slavery. As both a Jew and a Christian, the rich shared symbolism of the two holidays, to me, is too obvious to deny, the Passover story God’s perfect foreshadowing of the Easter story. They are intimately related and inseparable.

In French, even the word for the two holidays is almost identical. (Almost. But not quite. The subtle differences themselves strikingly symbolic and utterly interesting to me, a bit of a linguistic nerd.

Many of my Christian friends are fascinated by my Jewish background, and love hearing the details of the Passover Seder that the Jews have celebrated for thousands of years. They immediately recognize the history of the story and the symbols that correspond directly to the tenets of the Christian faith. It helps give context to what Jesus, a Jew, would have been celebrating during the Last Supper, and the significance of what was happening in Jerusalem leading up to his execution on the cross.

But for my family and friends who are Jewish - and not Christian, it’s not that way at all. They see it as putting a Christian slant on something that happened thousands of years before Jesus was even born. A festival that Jesus may have celebrated as a Jew, but that had absolutely nothing to do with the story of his life, death, and supposed resurrection.

And I’m caught in the middle between two sides of a coin, both of which I see and understand so clearly.

I usually bite my tongue and refrain from tying the two holidays and faiths together at our family’s Passover Seder out of deep respect and empathy for my mom, whose heart was broken when I became a Christian 16 years ago, but who loves me anyway and supports me even when it hurts her.

I generally keep my mouth shut about anything Christian when I’m around my family, even being careful not to mention church or bible study too much. I compartmentalize for their sake. Though for me there is no compartmentalization.

The other night our church did an online Passover Seder led by another member of our church who was raised Jewish and became a believer later in life. It was on Facebook Live and I joined the broadcast a few minutes late, on my way home from work. I had almost forgotten about it and I texted my husband to see if he and the kids were watching. He said yes, and your mom is too!

I felt a wave of hope and happiness that she was watching. I desperately want her to be able to see my perspective, even if she never adopts it as her own.

As I watched the intimate service on my phone, driving down the near-empty freeway, I was struck by the strikingly Jewish flavor and tone of the Seder compared to other Christian Seders I have attended, the way he went through the service sitting at his dining room table, just like the Jews do every year, but then added the Christian significance of the symbols.

He was sharing his family’s Seder (Family consisted of just him and his wife this year, because, well…social distancing) with a congregation of Christians who wouldn’t normally get such an insider’s view, inviting them into the experience, educating them about the Jewish history, the Passover story, and its significance to us as Christians. Being both Jewish and Christian, it was very special to me that our church decided to broadcast this.

But my mom was turned off at the first mention that one of the items on the highly symbolic Seder plate could have a double meaning and also point to something else, that God could have meant even more than what the Jews had been celebrating for thousands of years.

The fact that Christians could look at these Jewish symbols, at “her” holiday, as having a Christian significance actually offended her, and she promptly turned off the broadcast after the leader suggested the possibility that the three matzos, in addition to their Jewish significance, may also be symbolic of the Holy Trinity.

At first, I was sad and even a little angry when she told me she was offended. How could you be offended by hearing someone’s perspective that is different from your own, by listening to someone else’s beliefs, I asked her. You taught me to be open-minded and tolerant of others.

But I soon understood that this is personal. She feels robbed. She feels like Christians have stolen what was hers and tried to make it their own.

My husband, Michael gave a perfect metaphor as he thought about it and tried to understand what made her feel that way…

Imagine you write a book. It’s a memoir, your life story. You write it and you publish it, and it’s done. Read and studied by millions of people around the world. Then someone else comes around and writes another book. But they don’t call it another book. They call it the second half of your book, your very own life story. And they try to call the whole thing their book, our book, one whole book. They say that everything you wrote in your book points to what is in their book. But no! That was your book! They stole your book. They added on to your book, which was already written, complete. And they made up a whole new story, completely separate from anything you intended, but eerily tied to references in your book. Which would be easy to do since your book was already written! All they had to do was read it and write their new book to fit the references.

Wow. As an aspiring author, I can feel the pain, betrayal and even anger that would incite at such a visceral level. If I had written my memoir and then someone else tried to add onto it and call the whole thing their own, I would be furious. That’s outright plagiarism.

And at the very same time, I truly believe that the whole Bible really is God’s book, that though it (both the Old and the New Testaments) was written by men, God himself breathed it into life. And I really do believe that it truly does all point to Jesus, and always did. I believe God has opened my eyes to a truth that I just couldn’t see before.

But I cannot make my people see it that way, no matter how hard I try. And even the fact that I do see it that way is hurtful to them. And that fact hurts my heart and makes me feel all tangled up inside. Torn between two worlds that are more diametrically opposed than I’d like to believe. I’m both fully Jewish and fully Christian. An oxymoron and an impossibility. A paradox.

And it’s a paradox that even though I have so much to celebrate this week - both my ancestors’ exodus from slavery in Egypt and Jesus sacrificing himself for me, becoming the ultimate Paschal lamb - my joy is shrouded by pain.

But maybe joy is always shrouded by pain, and we are always surrounded by paradoxes. Especially during a pandemic.