Ode to My Breasts, a Eulogy and a Celebration of Life 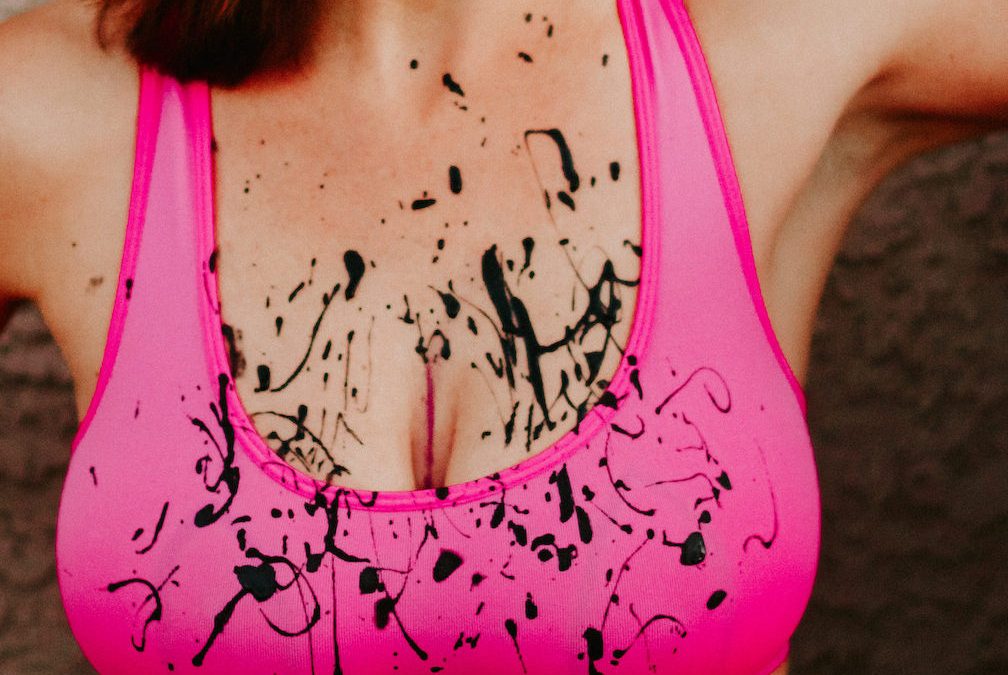 The Breast is Yet to Come: My Journey Through Breast Cancer, Treatment and Reconstruction

Watching the new Little Women movie in the theater several weeks ago, I was struck by the fact that I never really grieved the loss of my breasts. Or celebrated their life. Since chopping them off due to breast cancer a few months ago.

There’s a scene in the movie where Jo has just cut off her hair and sold it in order to give her mother some money to take care of her ailing father. Jo, who’s generally more concerned with books and writing than beauty, nonetheless sits sobbing on the stairs as she intensely grieves the loss of her beautiful locks. “Your one beauty!” her sister Amy proclaims dramatically. And I sat there in the theater with tears running down my own face as I recognized and felt the profound grief the actress so perfectly portrayed. Until then, I hadn’t felt it. I had moved so quickly to triumph and silver linings, as I always do. Just as Jo chopped off her hair for a reason and a purpose, a bold expression of life and freedom, taking control in her own small way over a situation she had little control over, so did I with the bilateral mastectomy. And just as Jo was left with a new perky hairstyle, I had boldly announced to my friends that I was excited about a new set of perky smaller breasts. And I was.

But Jo’s hair would grow back and be just as beautiful as before. And though perhaps my new set of boobs might also eventually be something someone might call beautiful, the reality of recreating a set of breasts after a complete bilateral mastectomy is a far cry from a “boob job.”

And really, I’m OK with that. What do I need them for anyway? Other than to help me look somewhat normal in women’s clothing and give my husband something to play with…on the rare occasion that I even let him! But I had glossed over the fact that a major part of my body would be amputated and that whatever breast-like mounds my expert surgeon would create would never again be the soft life-filled breasts that had been mine since puberty.

With no nipples, thin skin that lacks a fat layer to surround the implant, big purple scars streaked down and across like anchors,

very little sensation, and absolutely no breast tissue whatsoever, it will be a very long time before the two mottled disks on my chest begin to resemble breasts or offer much entertainment to my husband. Though they may look pretty good from underneath my clothing, they probably will never be the perky cute things I first imagined would replace the large 45-year-old sagging breasts that had breastfed all three of my babies. Furthermore, at that moment, I was in the midst of an internal debate over whether I should even move forward with implants as planned, as I learned more about the dangers they could pose to my body. But that decision process is a whole different aspect of my story. Today, I wanted to take a moment to grieve my loss and celebrate the life of my breast friends.

A friend said to me the other day that I never talk about my boobs.

And I realized that even though I feel like I never stop talking about breast cancer and this reconstruction journey, I really don’t talk much about my actual boobs and their life before breast cancer took them from me. And I’m sure a lot of people reading this think that’s the way it should be. There’s part of me that thinks talking about my boobs publicly is completely inappropriate, embarrassing to my kids (but then again so is everything I do these days!), un-Christian and vaguely narcissistic. While it’s (barely) become acceptable to be bold about breast feeding and breast cancer, I’ve been careful to be vague about any references to my boobs as sexual objects or parts of me that I actually really loved. But I’m part of a few Facebook groups that serve as virtual support groups for women going through breast cancer, double mastectomies, and reconstruction, and some of the conversations going on there have emboldened me to take a moment to remember the breasts I once had and share a few fun stories of our time together. Feel free to stop reading if you find this offensive.

The truth is I was blessed with really great breasts, and now that they are gone forever, I feel like I have earned the right to say that out loud.

I remember a moment in high school uttering a secret silly prayer that God would grant me big breasts and long legs. Both seemed equally unlikely, as I had been just a tad over 5 feet tall for a few years by then, with short stocky legs, curvy hips and a cute perky set of 34Bs that didn’t seem likely to grow any larger. But somehow, over the next few years, the boobs continued to grow, though sadly the legs did not. Eventually they became C cups, then D and then Double D (or even triple, depending on the band size and the brand sizing.)

I was honestly a bit perturbed that of the two options – legs and boobs – God had chosen boobs to give me, as I could have paid for bigger boobs, but as of yet there was no operation to give me the long, lean legs I wished I had.

But deep down I felt lucky to have God-given breasts that women would pay thousands of dollars for. God is truly the ultimate craftsman.

A guy I dated briefly in my 20s told me I had the “best boobs in Scottsdale,” and even though there are so many things wrong with that scenario and statement, I took the fact that he’d seen who-knows-how-many commercially enhanced breasts and thought mine were better as a serious compliment to God’s work, even though looking back I should have perhaps been offended by his sexual objectification of me as a person, or at least ashamed of myself for putting myself in a place to be appraised in that way. In college, my self-dubbed nickname was Double D. Though I had originally referred to myself that way in a self-deprecating nod to my tendency to sometimes act like an airhead even though I was actually pretty smart – Ditzy Danielle, as soon as the name sprung from my lips, the entire mixed gender group of friends I was talking to looked down from my face to my breasts, and I realized it was a perfect double entendre. I often wished I had been bold enough to pay my way through college by working at a topless bar, using my boobs for a purpose.

But even in my wildest days, I really was pretty conservative and prude underneath it all – and anyone I ever dated is nodding his head in agreement on that.

I couldn’t even muster the courage to go topless on the beach in the South of France, where it really is acceptable and not even sexual. Despite the fact that my dad is French and I was raised to be comfortable with my sexuality, I was more Puritan American than European sensualist. Yet in my youth, I really wanted to be free and uninhibited. Another time in my 20s, as I was driving across the country with my then boyfriend, we arranged our trip to correspond with Mardi Gras in New Orleans. I loved everything about the French-infused city of New Orleans, and as we visited the Carnavale party on the streets, I saw countless women flashing their boobs and then being showered with plastic beads and other goodies, like a semi-grown-up version of trick-or-treating. Looking back it seems so frivolous and misogynistic, but at the time, I really wanted to be able to let loose a little, shake off my inhibitions and flash my boobs, too. So, understanding that I really wanted to have the experience of doing that, but knowing that I’d never be brave (or stupid) enough to do it myself, my boyfriend reached his arms around me from behind and lifted up my top – bra and all – to free my breasts for all the world – or at least whoever happened to be passing by – to see. It was a fun, exhilarating and carefree experience that I’ve always been secretly glad I got to have. And thankfully that was before cell phone cameras and social media.

Many years later, a few days after the birth of my oldest daughter, I laughed through tears of pain as I tried to force a milk-engorged breast the size and shape of a football into my tiny and very sleepy newborn daughter’s mouth.

I used to joke that large breasts were not necessarily a benefit where breast feeding was concerned. I had to hold them with my hand to make sure they didn’t smother my babies, whereas my small-breasted friends could just bring their babies right up to their breast without the help of a hand to hold up its weight, even walking around the house while they nursed, cradling the baby gently with one arm or hands-free with a sling. I could definitely never do that. I needed two hands available for the job. And my breasts produced enough milk for a small army rather than a single tiny baby. All three of them had symptoms of reflux in those first few weeks, but really it was just because milk poured into their mouth like water from a firehose! After breast feeding, there was certainly some deflation, but when all was said and done, they still weren’t bad, all things considered.

But as soon as I was diagnosed with breast cancer, I didn’t even hesitate before deciding to chop them off.

So many women I meet are scared to death of a mastectomy, choosing instead a lumpectomy, which they see as a less-invasive option. It’s a very personal choice, and because they caught mine early, it was my choice to make. To me, the lumpectomy route actually felt more invasive. Cutting a chunk out of my breast, leaving me deformed, hopefully getting it all but never quite being sure I wouldn’t have to go back under the knife to get another spot, felt like trying to carve out the bad parts of a rotting apple. Not to mention that if I had chosen the lumpectomy route, I would have had to endure radiation and hormone therapy, both of which came with side effects that I really wanted to avoid. I wanted to go through this once and be done. I didn’t want to face breast cancer and the life disruption that comes in its wake again 2 years from now, 10 years from now, or 30 years from now. I’ve met too many people who chose a lumpectomy or a single mastectomy and then got breast cancer – or brain, uterine, cervical or lung cancer – later on. I’m only 45. I could easily have another half my life to live. And I’ve got places to go and things to do!

So, goodbye my breast friends. You were lots of fun. Thank you for the laughs and good times. You were loved, but you certainly weren’t worth dying for.